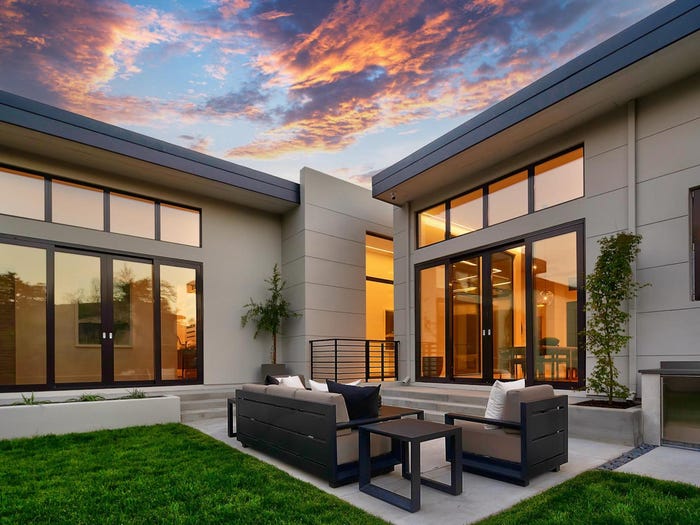 One of the latest homes to enter Silicon Valley’s real estate market — 993 Los Robles Ave in Palo Alto, California — may look like any other luxury home in the area. 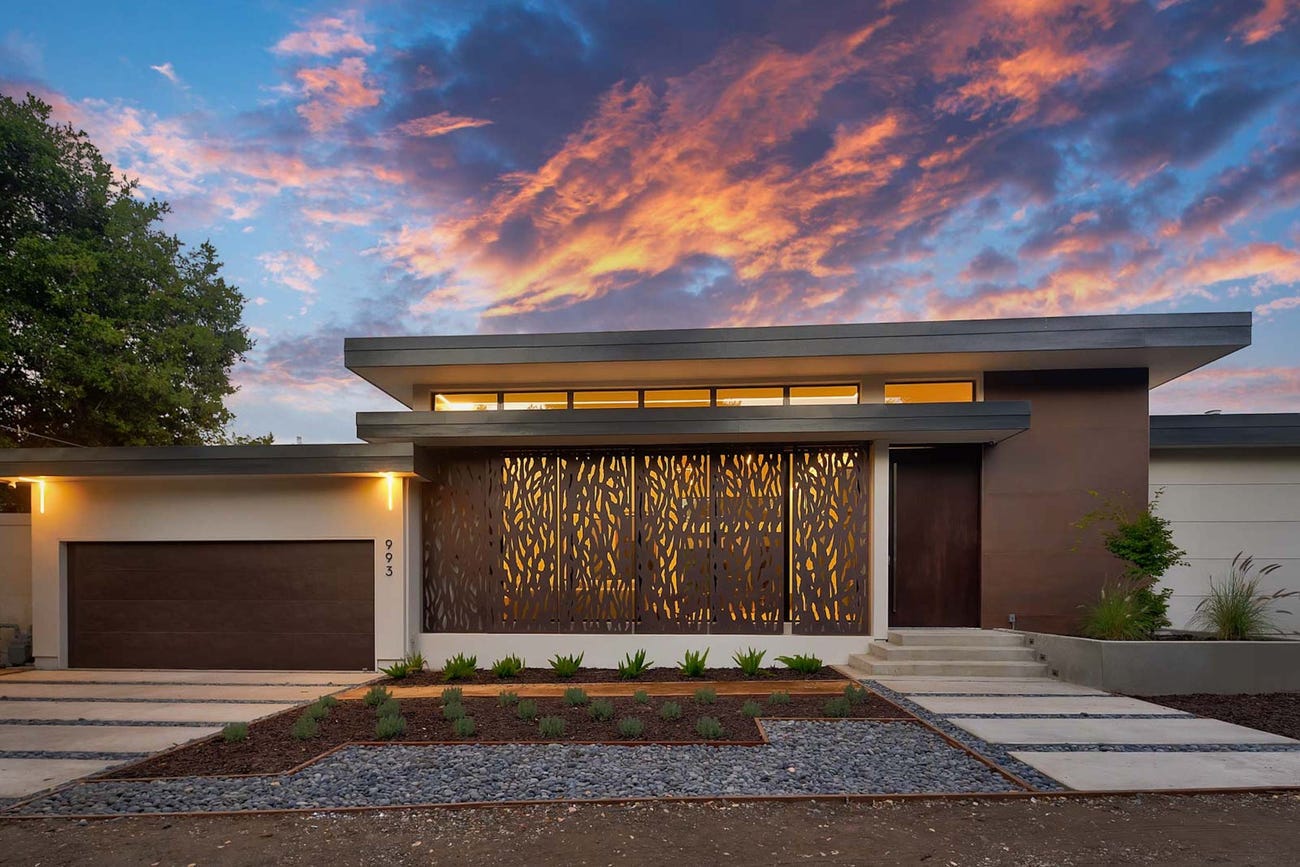 After all, the unit has all of the classic opulent family home amenities — like smart home features and an elevator — all within a 15-minute drive from hotspots like Stanford University and Googleplex. 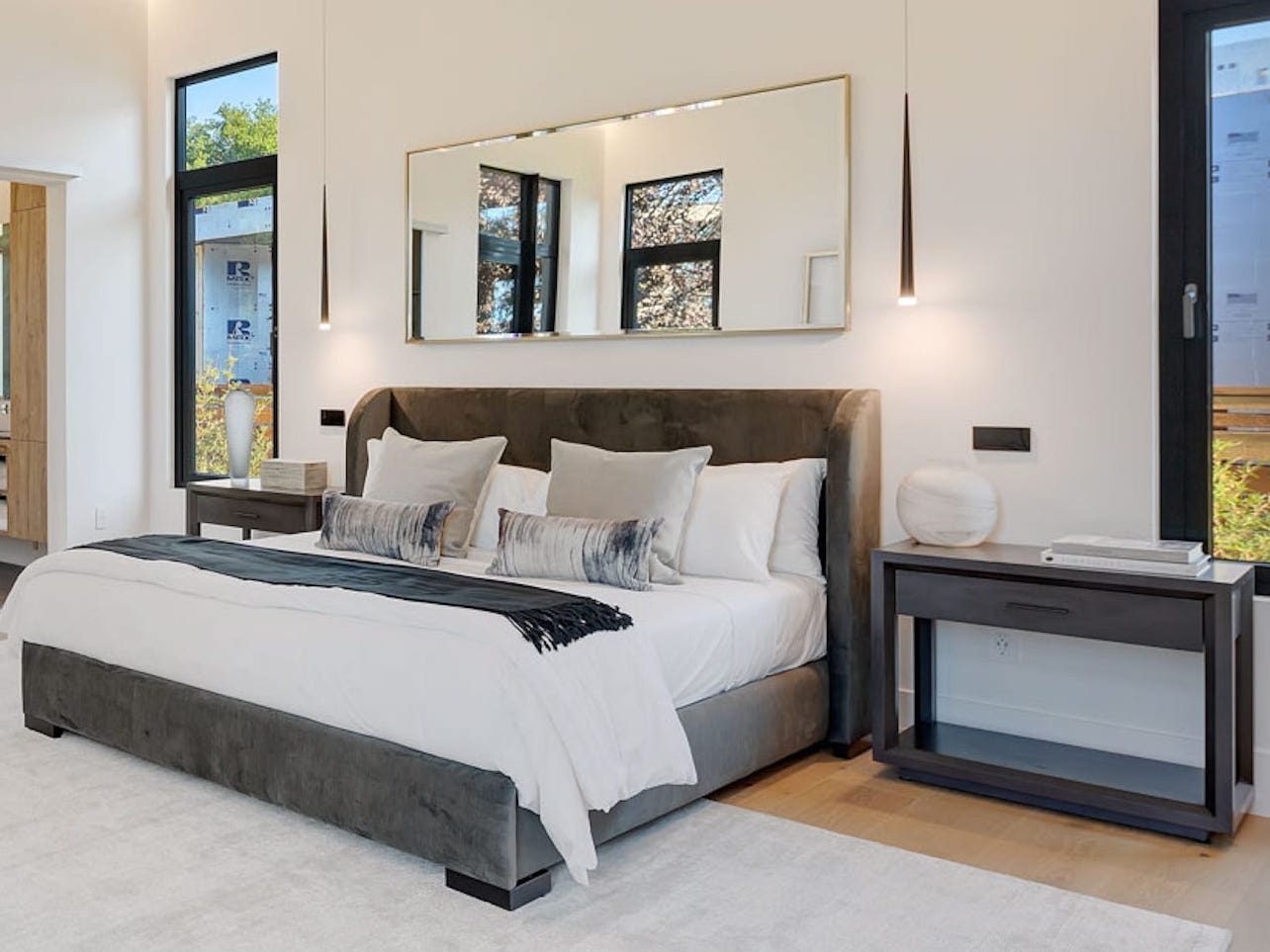 But the house hides a major secret that sets it apart from all the other luxury homes in the neighborhood. 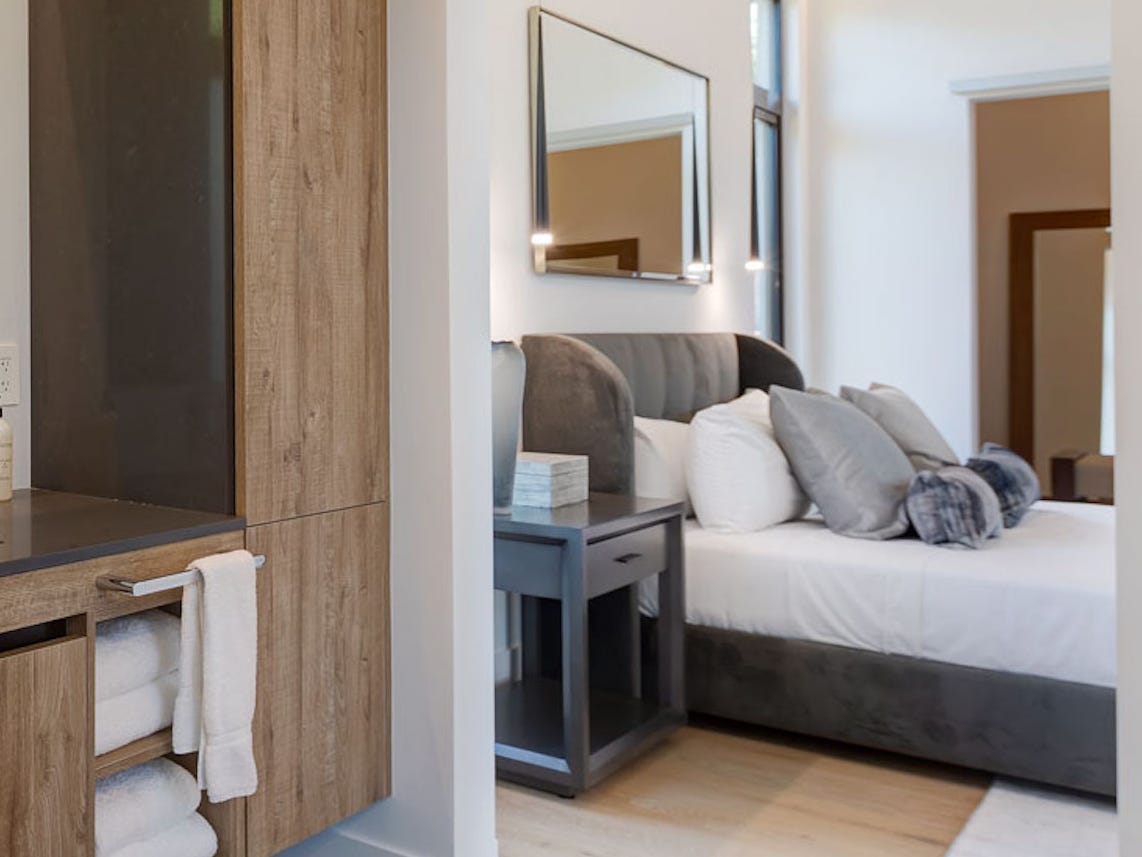 Unlike traditional homes that are built on-site from the ground up, the $9.3 million 993 Los Robles home is a prefabricated house, which means parts of the home were built off-site in a factory. 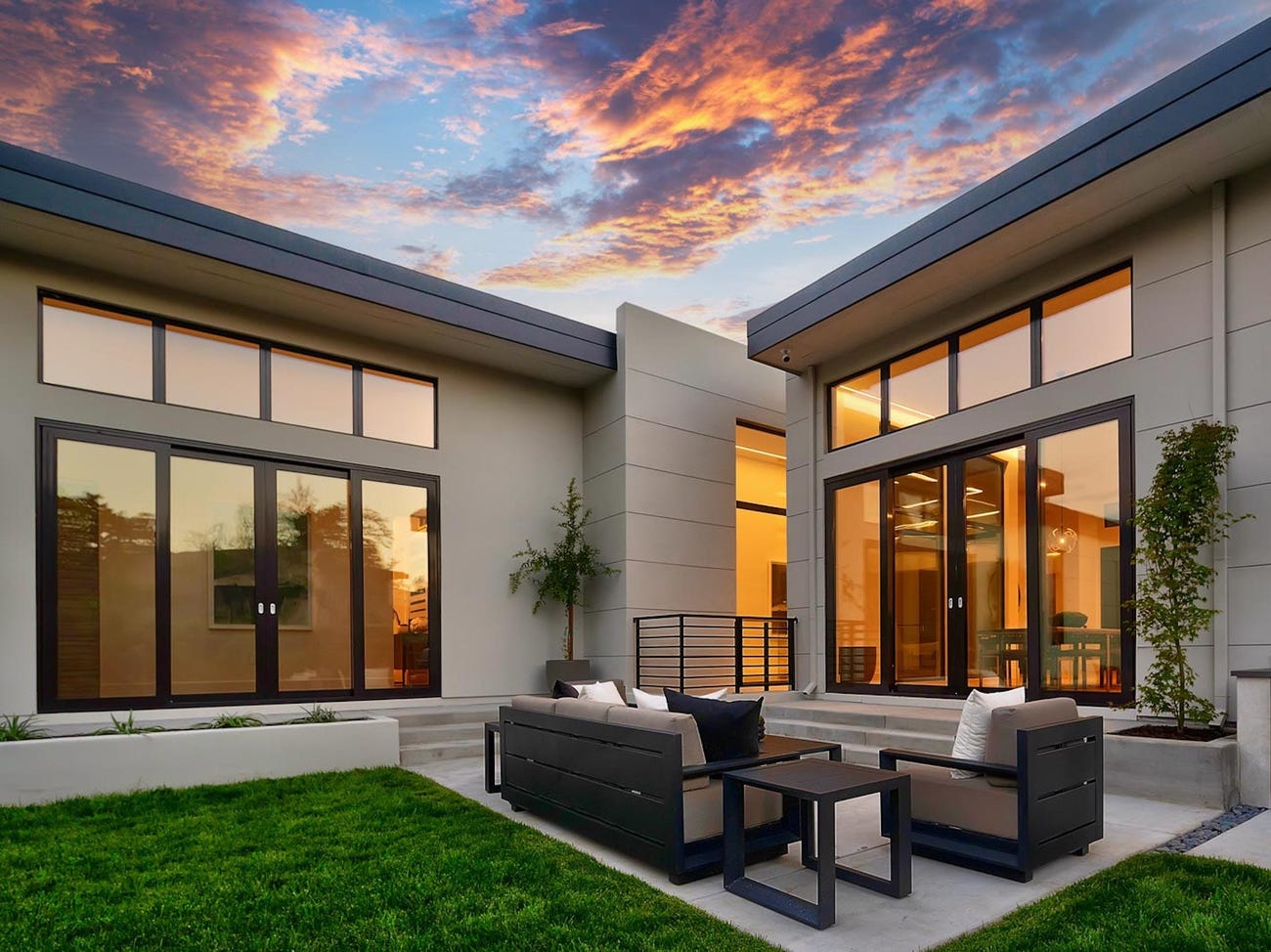 Construction technology company Veev is the brains behind the 933 Los Robles home, which has now been on the market for a little over 100 days, according to Zillow. 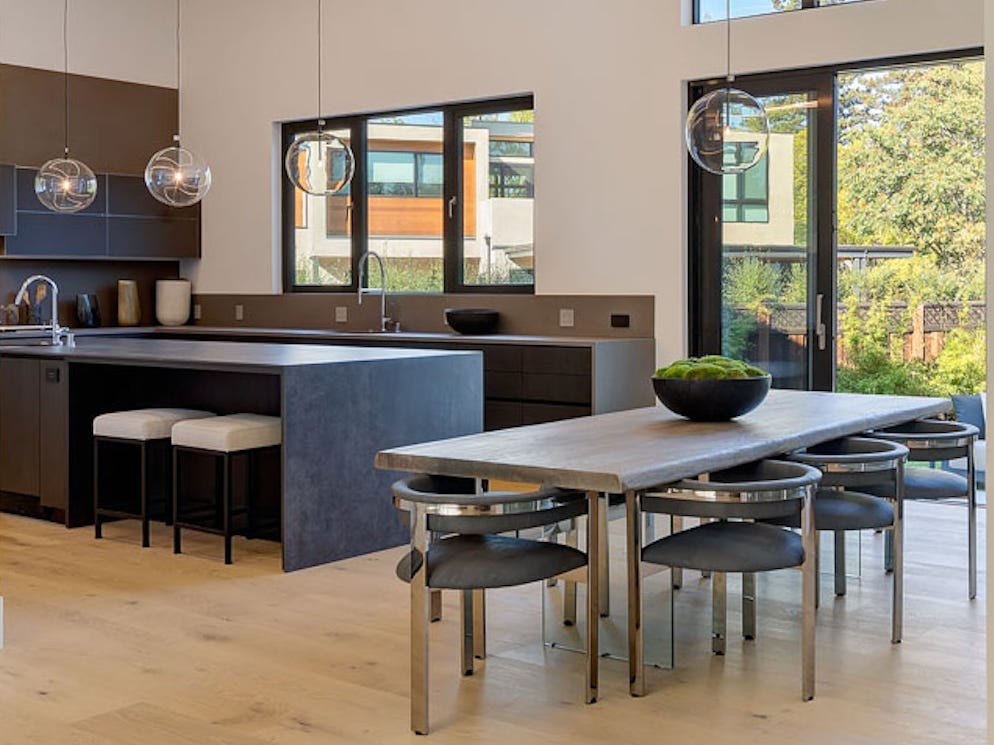 The company specializes in prefabricated homes — from multi-family houses to smaller backyard units — with an effort to “bring the housing industry into modern times,” according to its website.

“Our modular construction takes the approach of a home as a product, and we designed a [panelized] system that can build anything,” Dafna Akiva, Veev’s co-founder and CRO, told Insider in an interview. “A home is the most important, expensive product anybody has.” 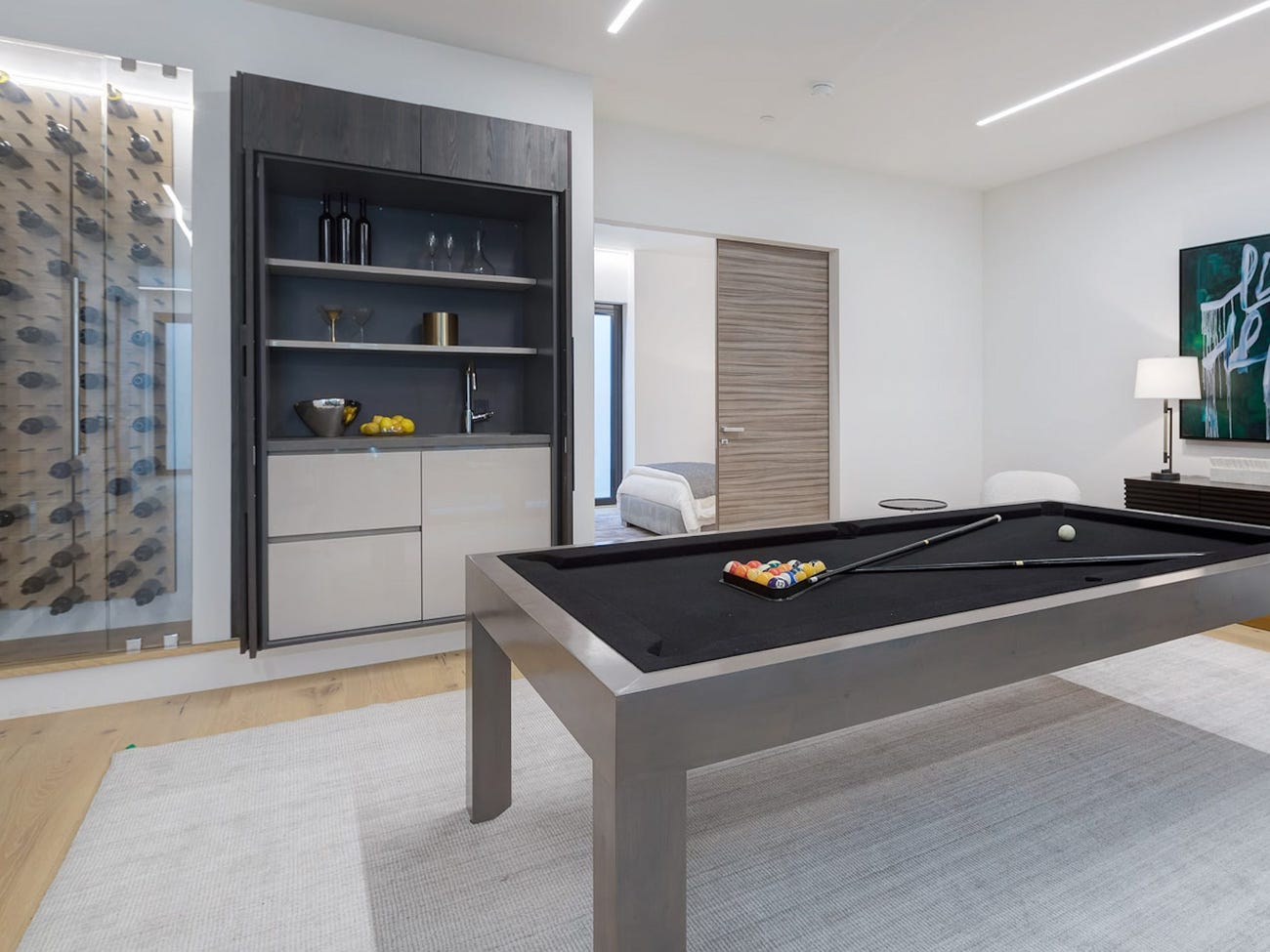 Veev’s system, which Akiva compares to a Lego kit, can then create a home of any size and design. 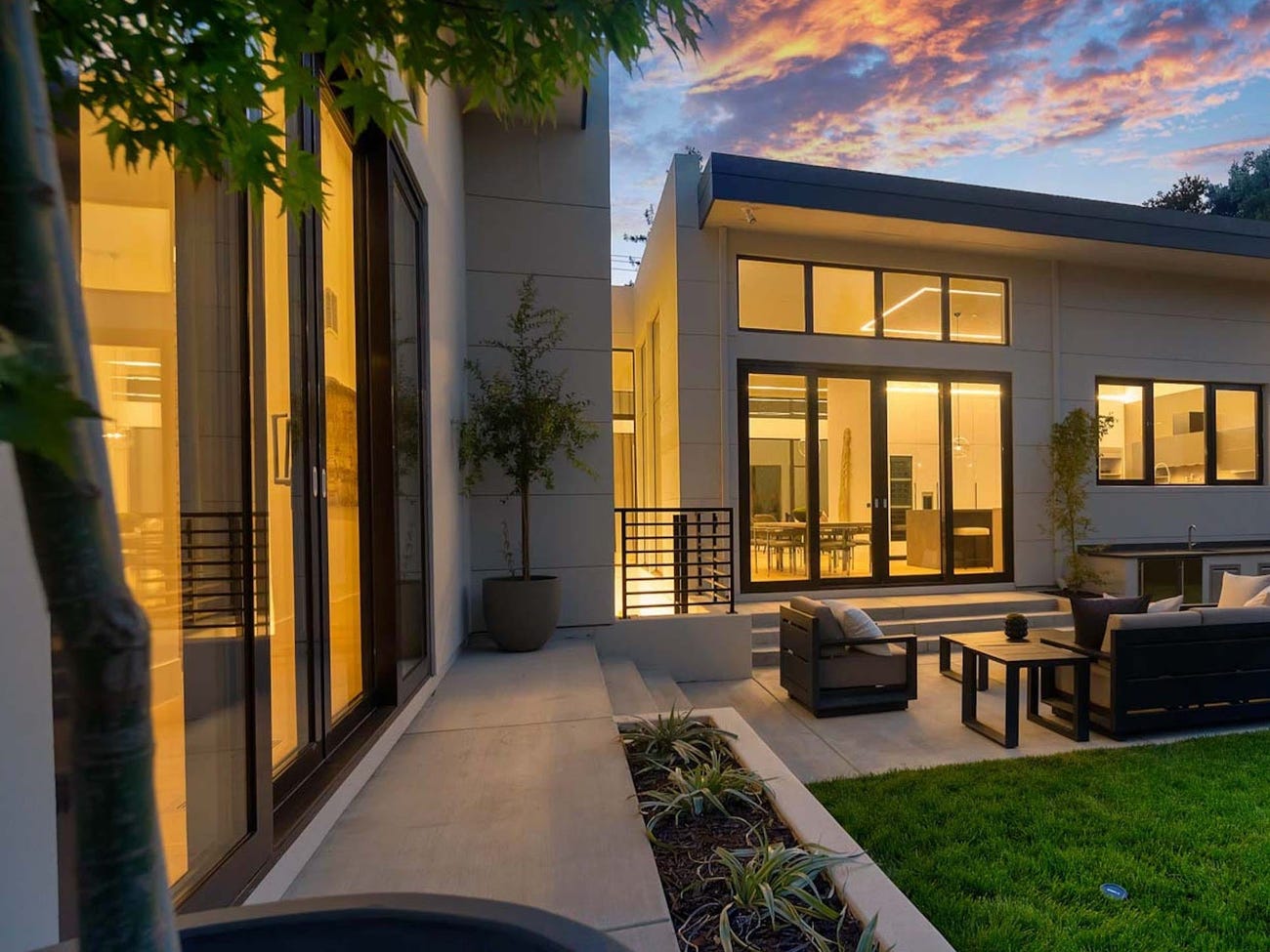 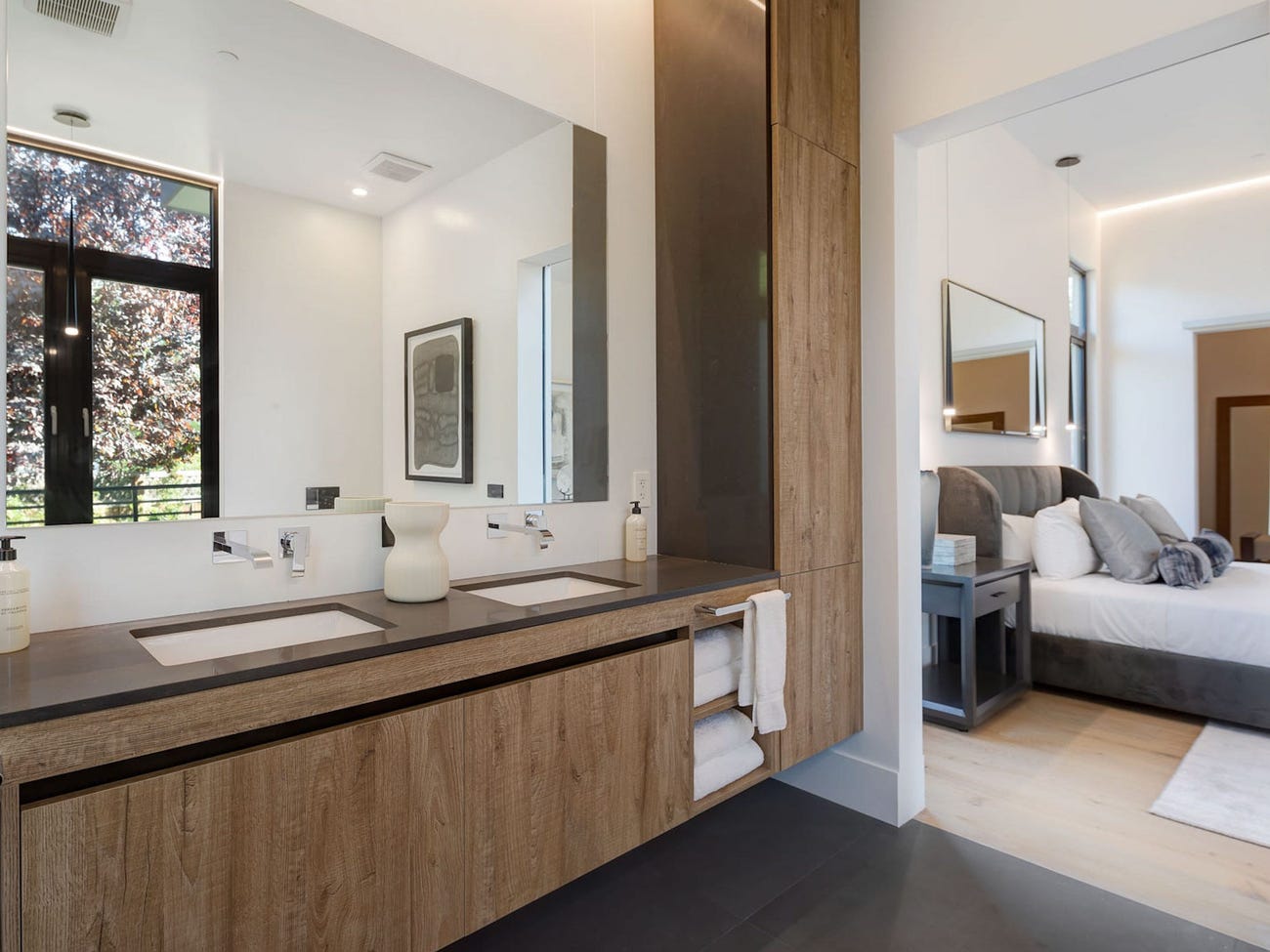 “Traditional construction doesn’t need to be replaced, there just needs to be more ways of building,” she said. “Without innovation in this space, the housing crisis will not be solved.” 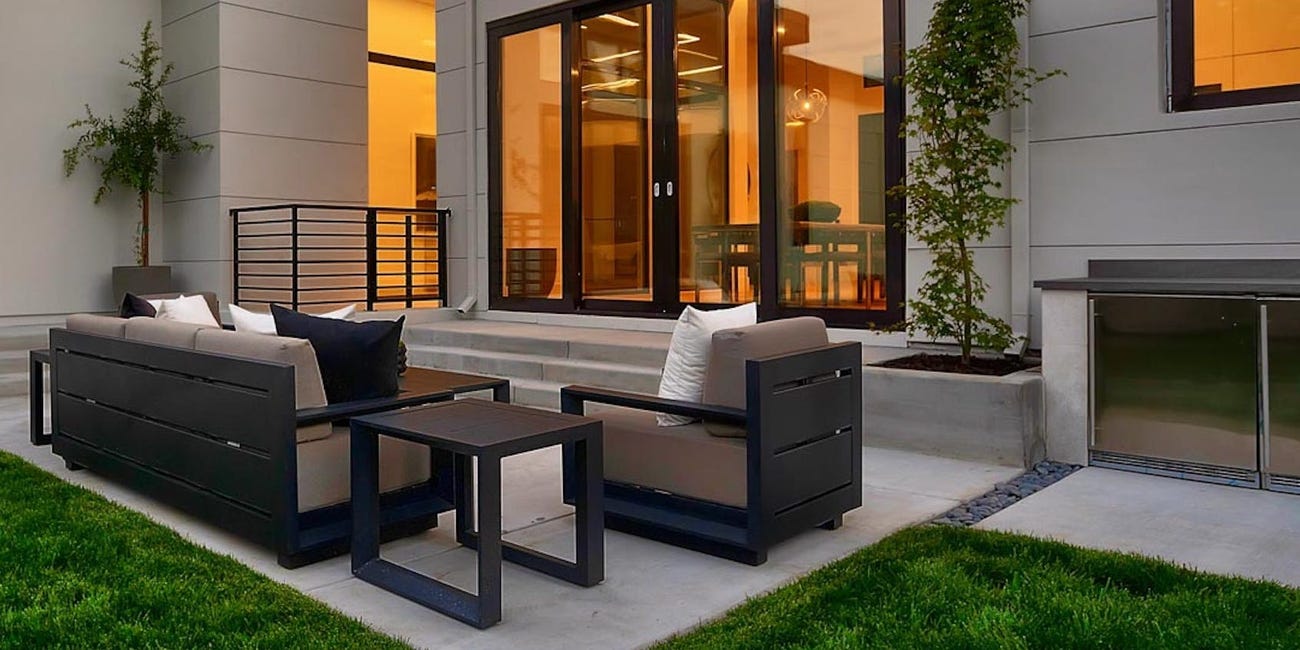 Veev’s full prefab construction system can create the walls of a home while integrating it with electricity, plumbing, lighting, and sensors, all inside of its factory. This system then allows the company to build a home four times faster than traditional construction, according to Akiva. 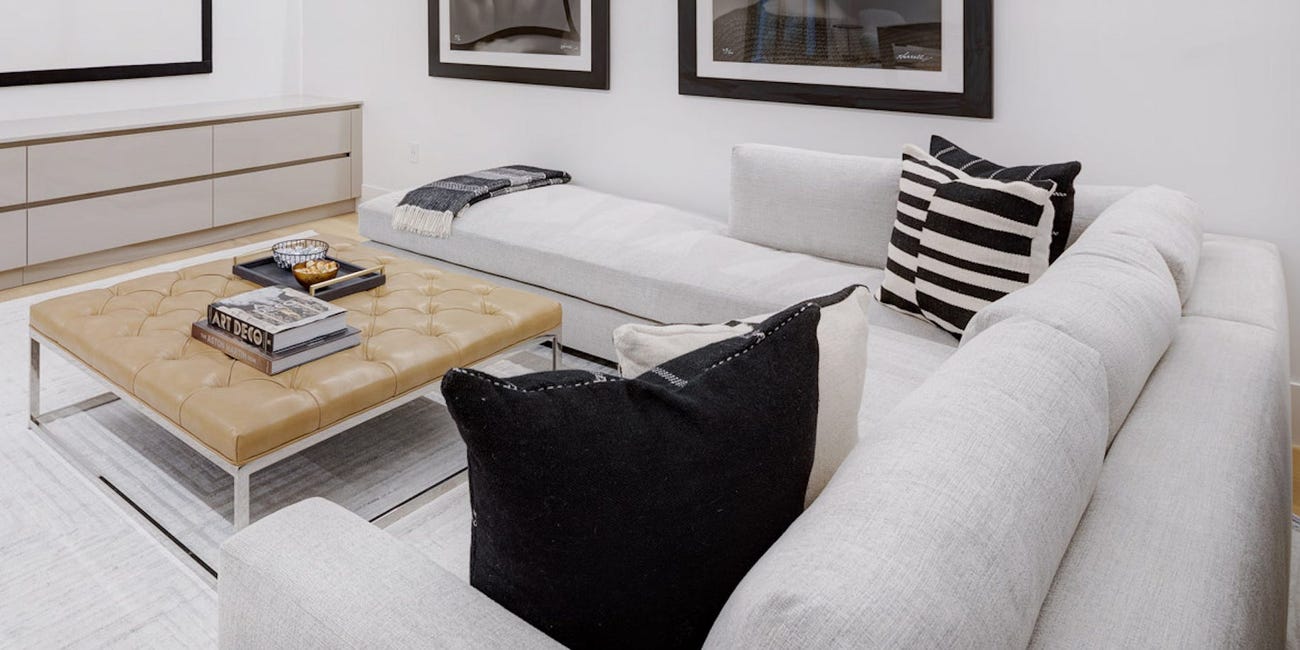 The Los Robles house’s steel structure was fabricated off-site, and its automation system — which Akiva calls the “brain” of the “digital house” — arrived on-site as a “kit” that could be installed. 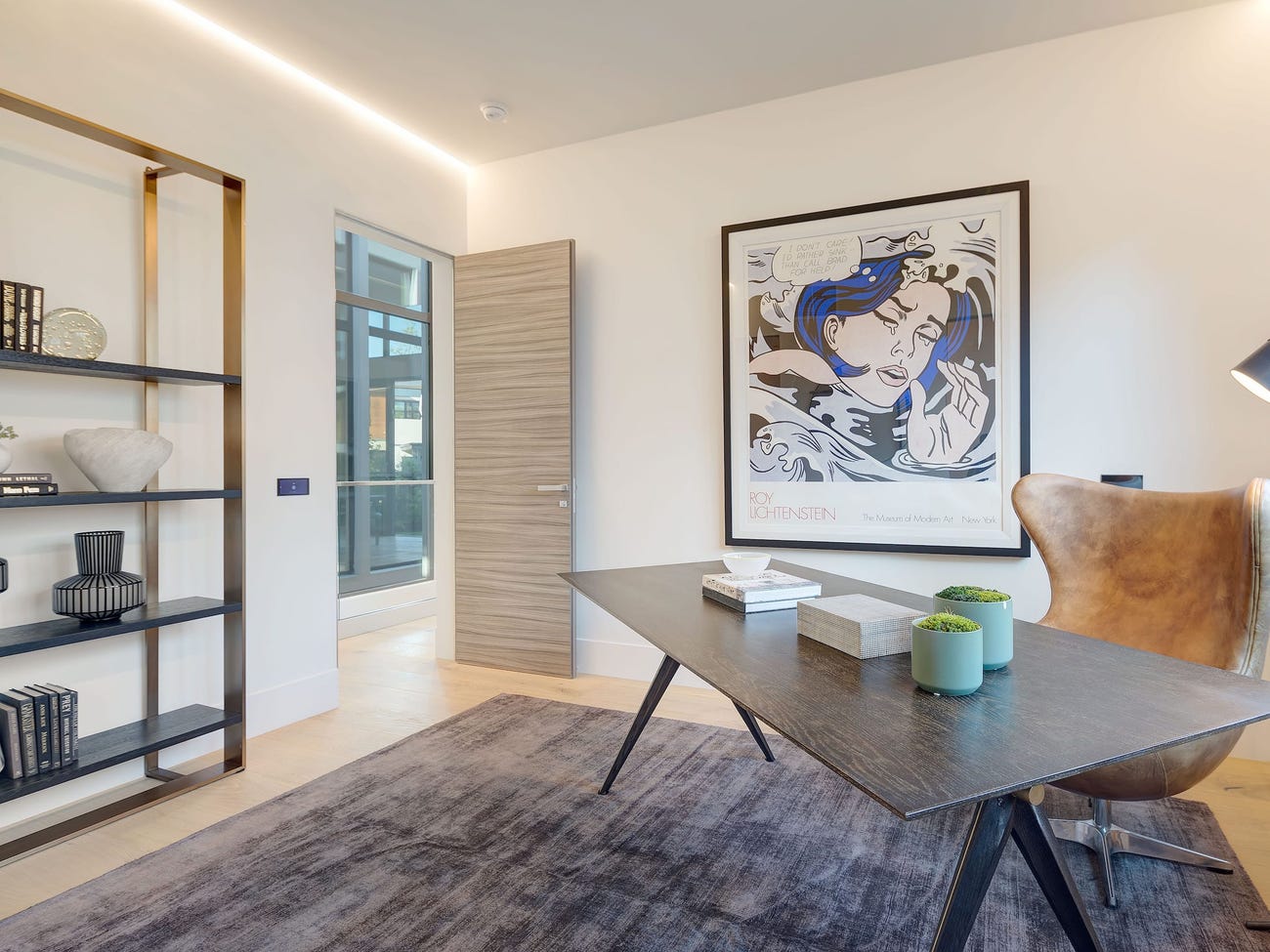 But because the home was built with an earlier version of Veev’s system, aspects like the walls and paint were still completed on-site via traditional construction methods, Akiva noted. 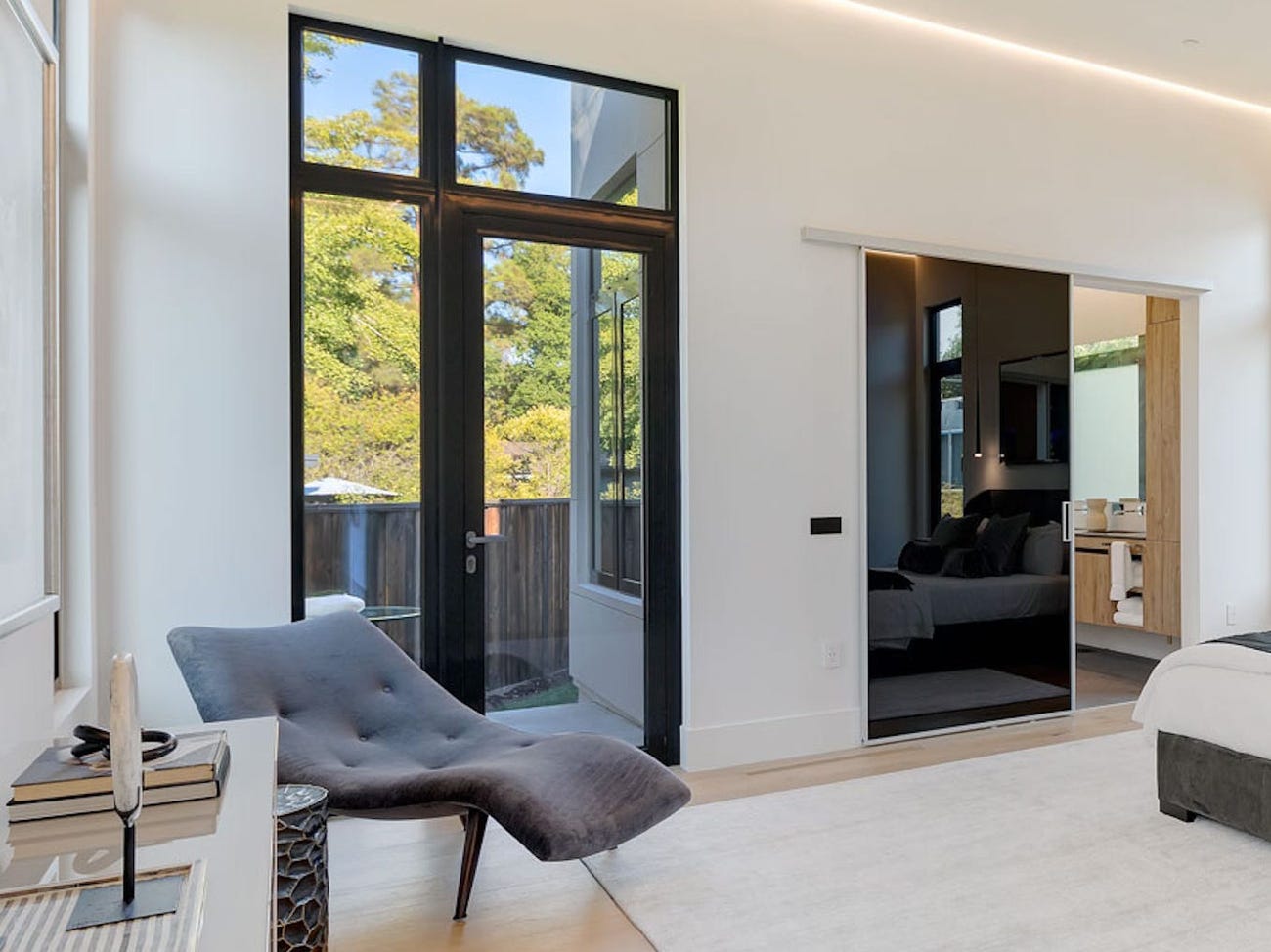 The home was completed about three months ago, but it’ll be one of the company’s last high-end projects. 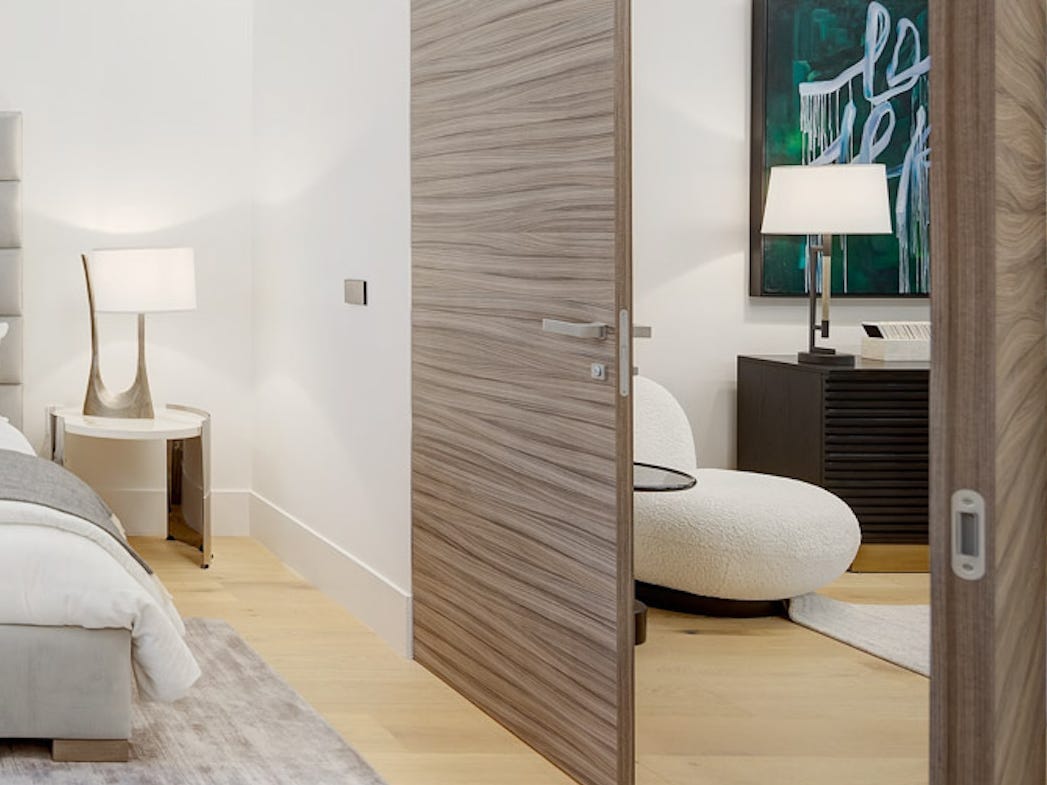 Moving forward, the team wants to shift its focus towards growing the company and alleviating the housing crisis, “and this you can’t do with one-off $10 million homes,” Akiva said. 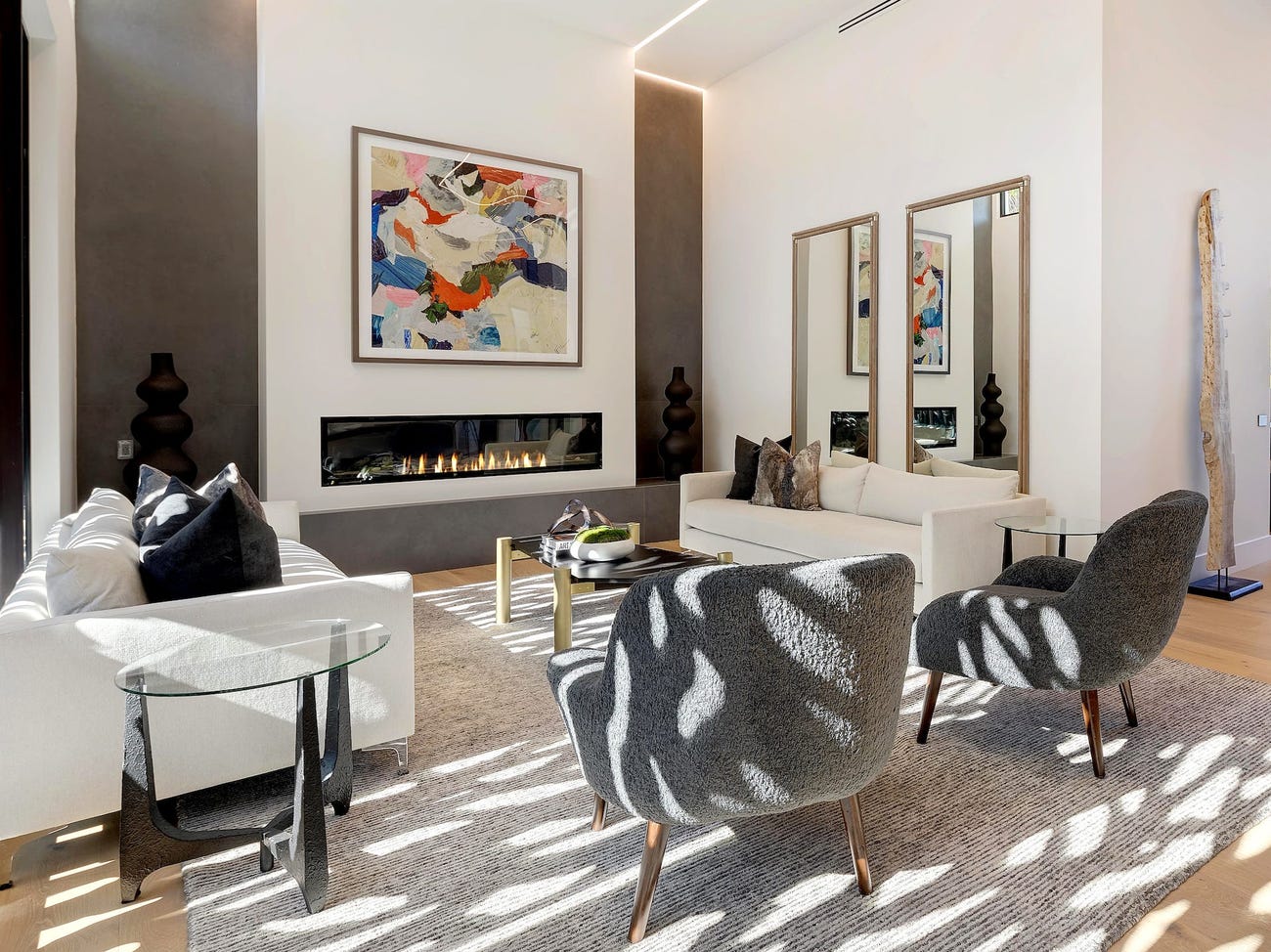 Given the price range, Akiva says Veev’s buyers are often executives and people in their 30s to 50s working in the tech industry, often with a family. But no matter the age, Veev’s buyers are almost all looking for a modern home with integrated technology, Akiva said. 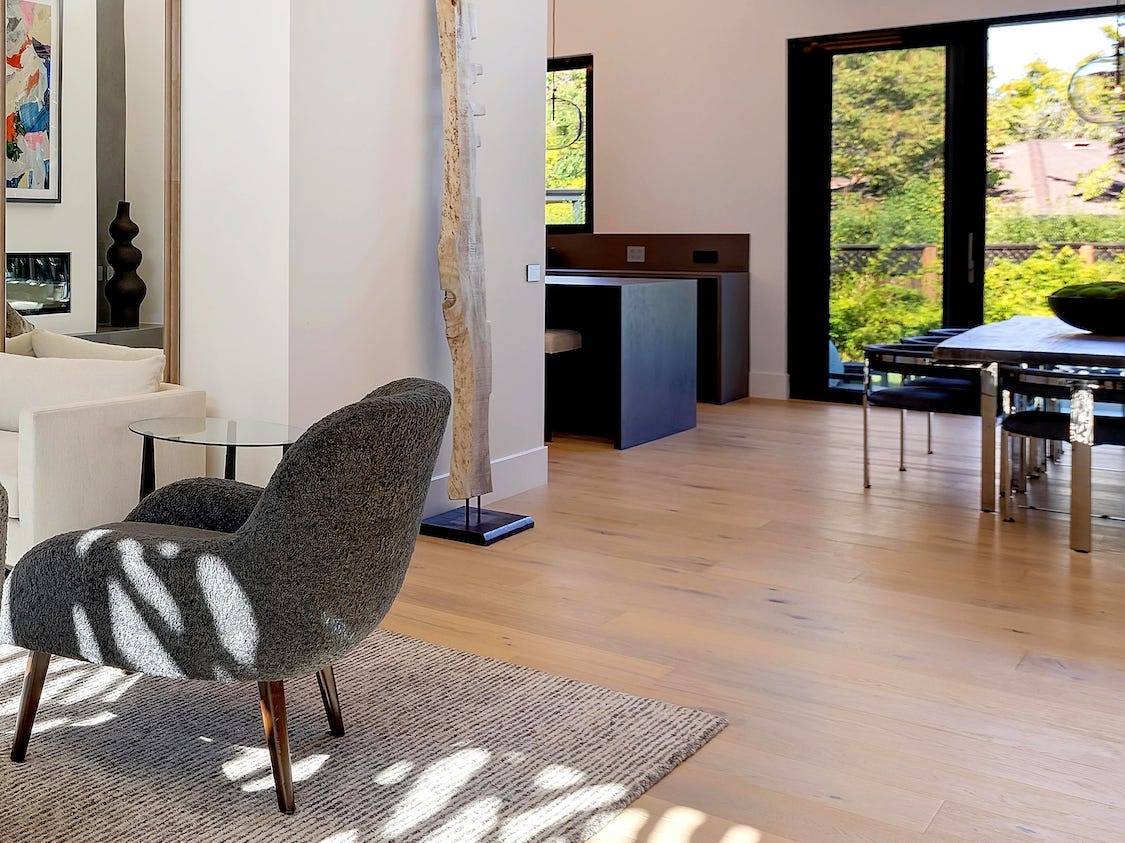 Let’s take a look inside 993 Los Robles, which has the prime price tag and location to attract a Silicon Valley executive. 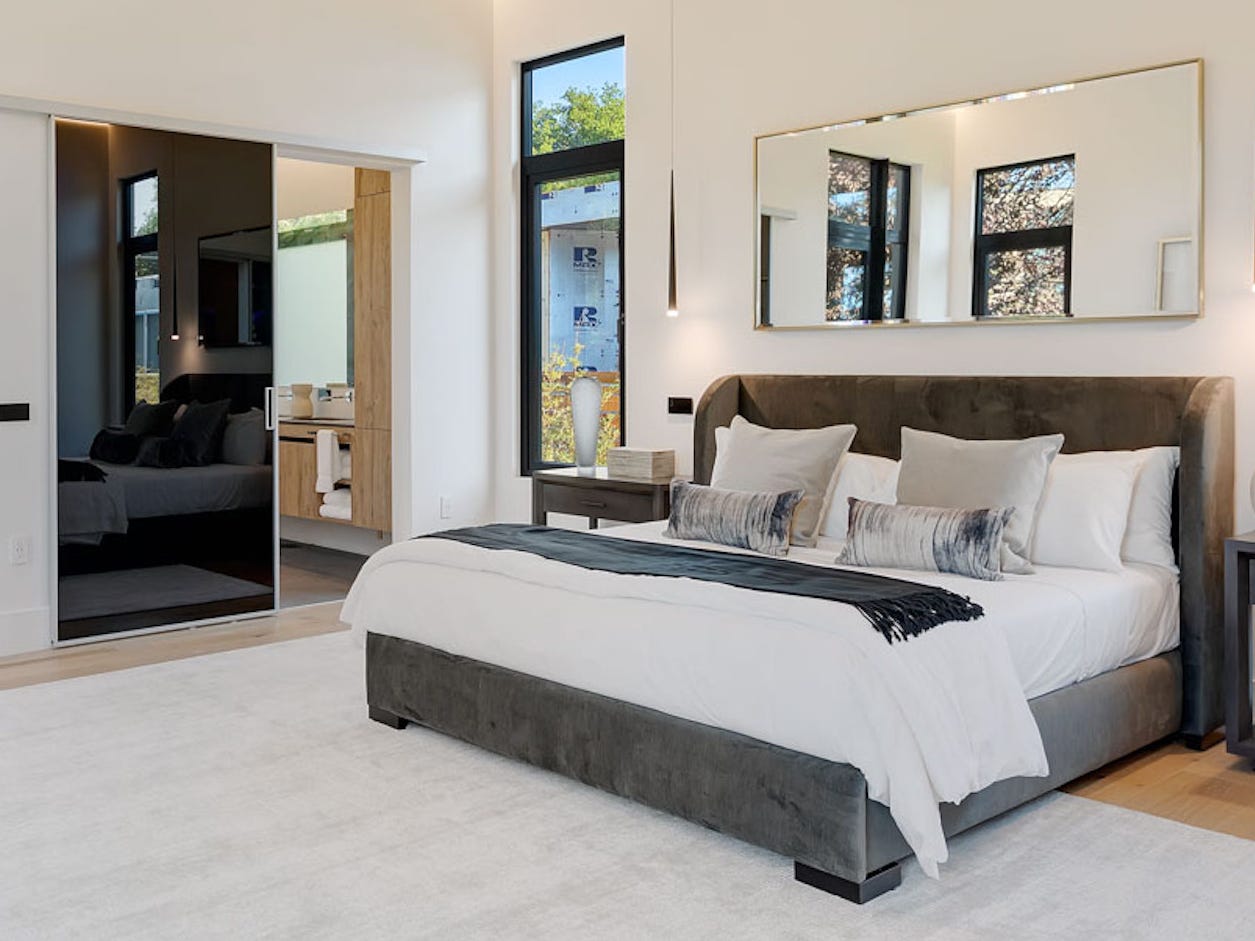 The home has five bedrooms, seven bathrooms, and a two-car garage, amounting to a little over 5,380 square feet.

The kitchen is right off the garage and leads into the dining and living room.

This floor also has access to the elevator, a lightwell, a half bathroom… 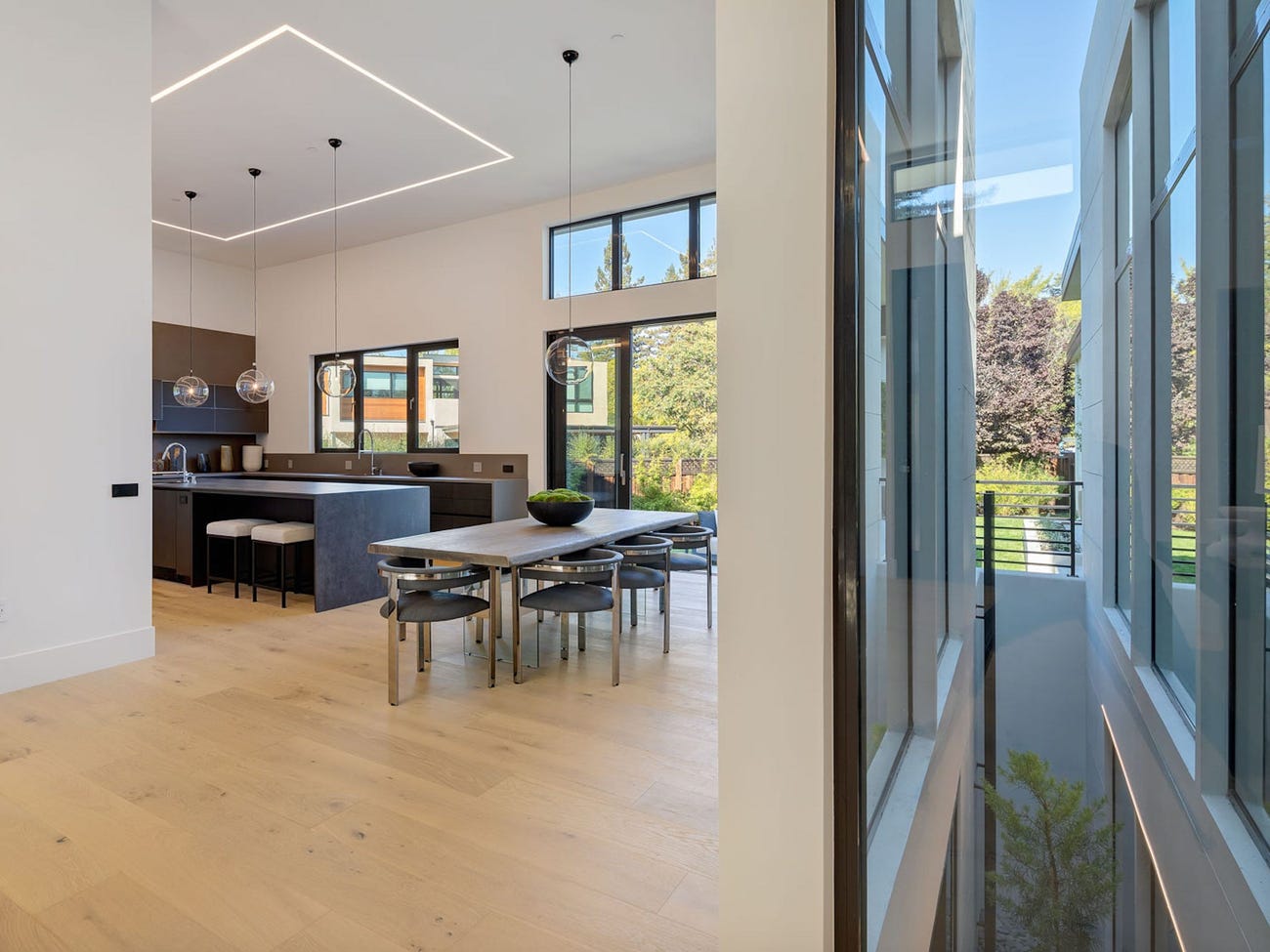 …three bedrooms with en-suite bathrooms, and the primary bedroom with a walk-in closet and bathroom. 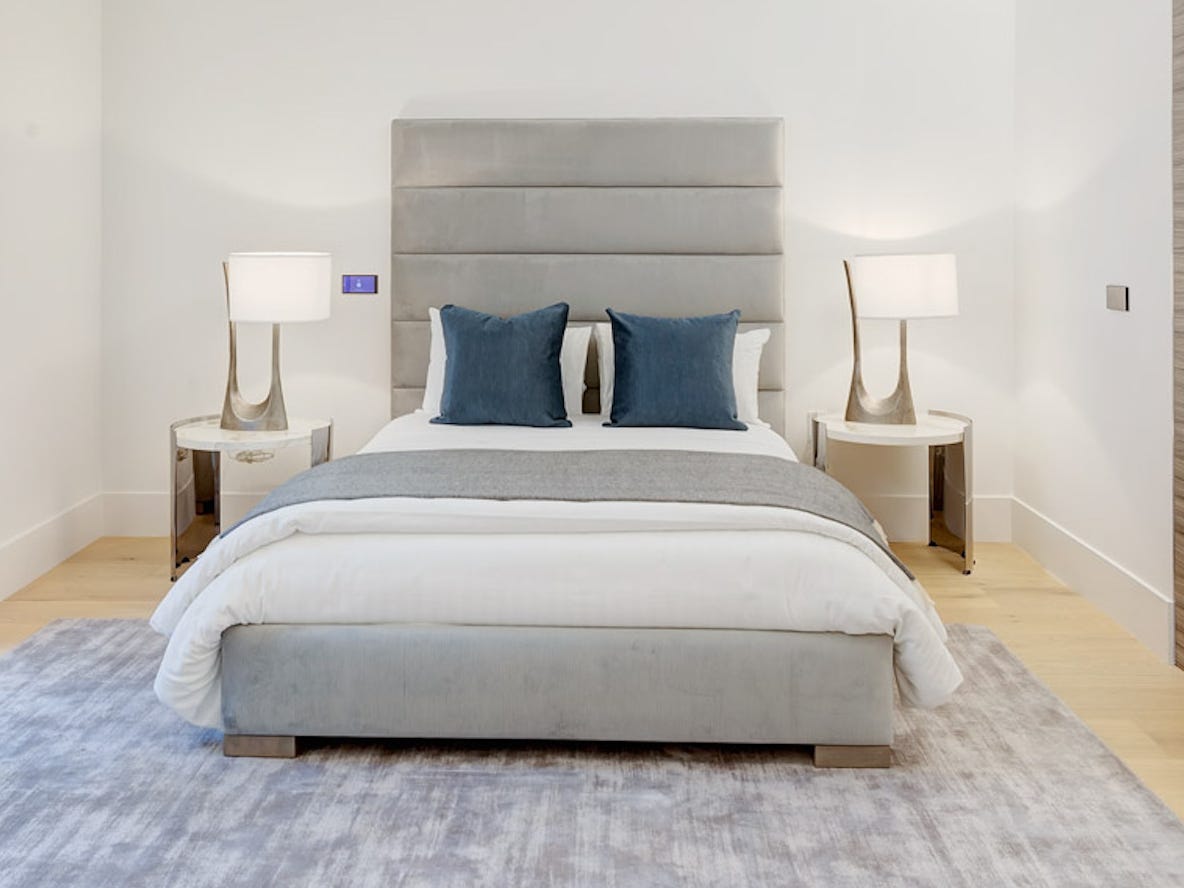 The lower floor then has the final bedroom with a bathroom, family room, media room… 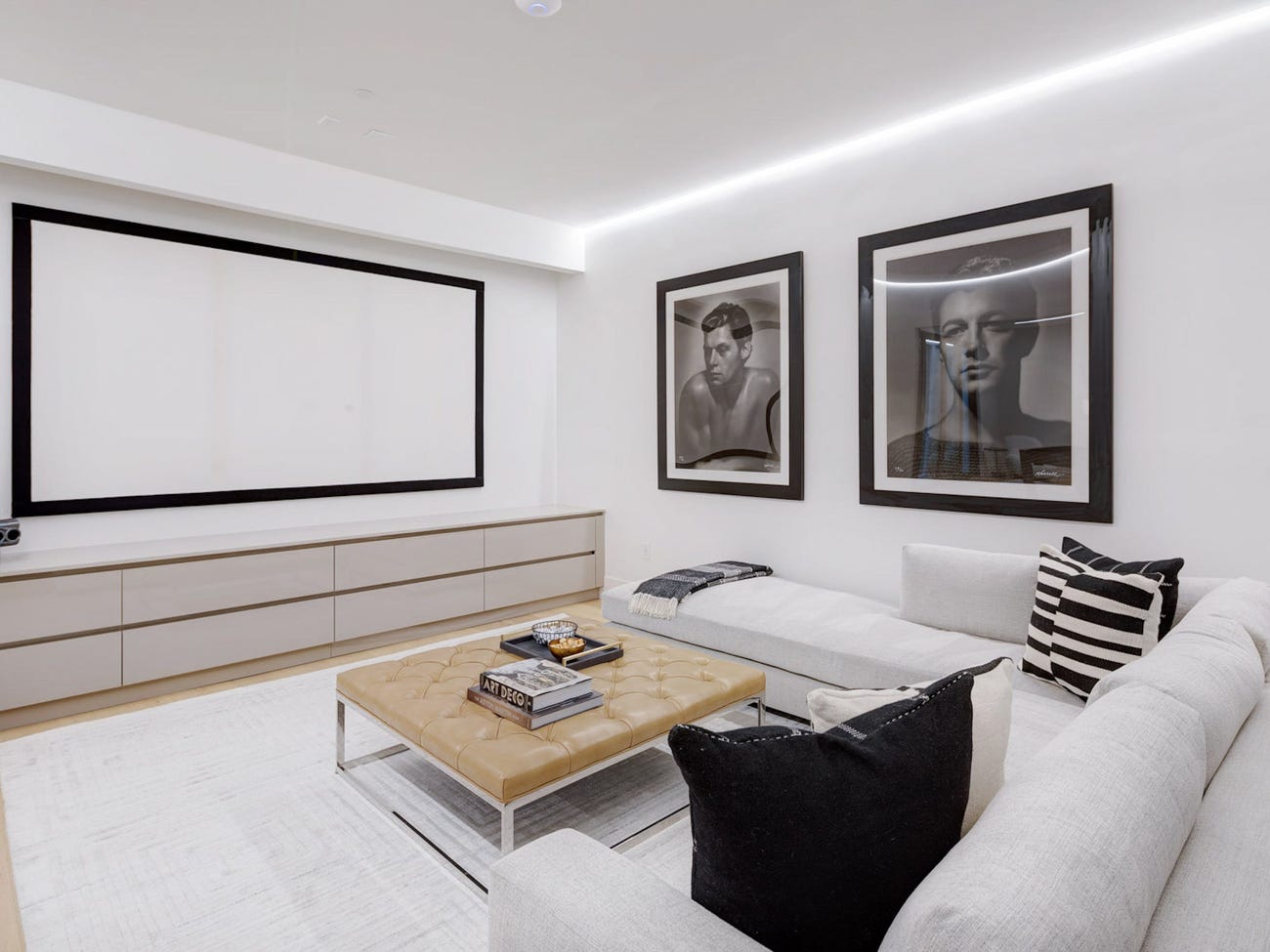 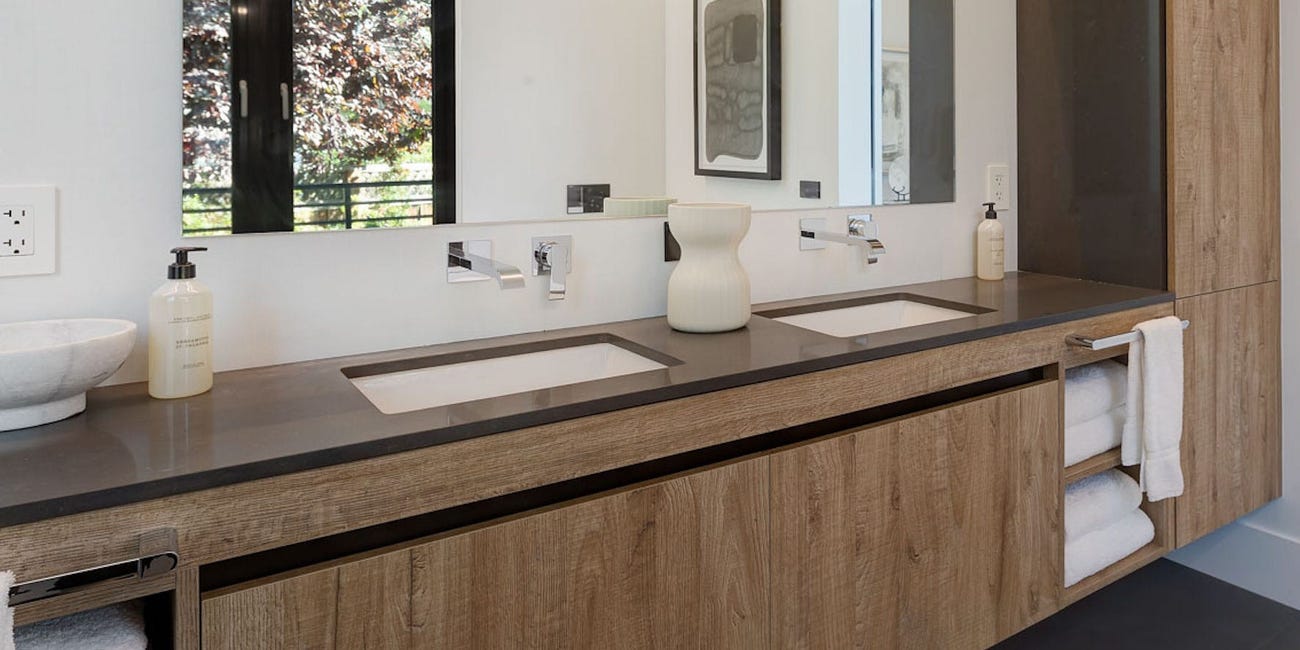 Given its tech-forward location, it should be no surprise that the house is also “digital.” 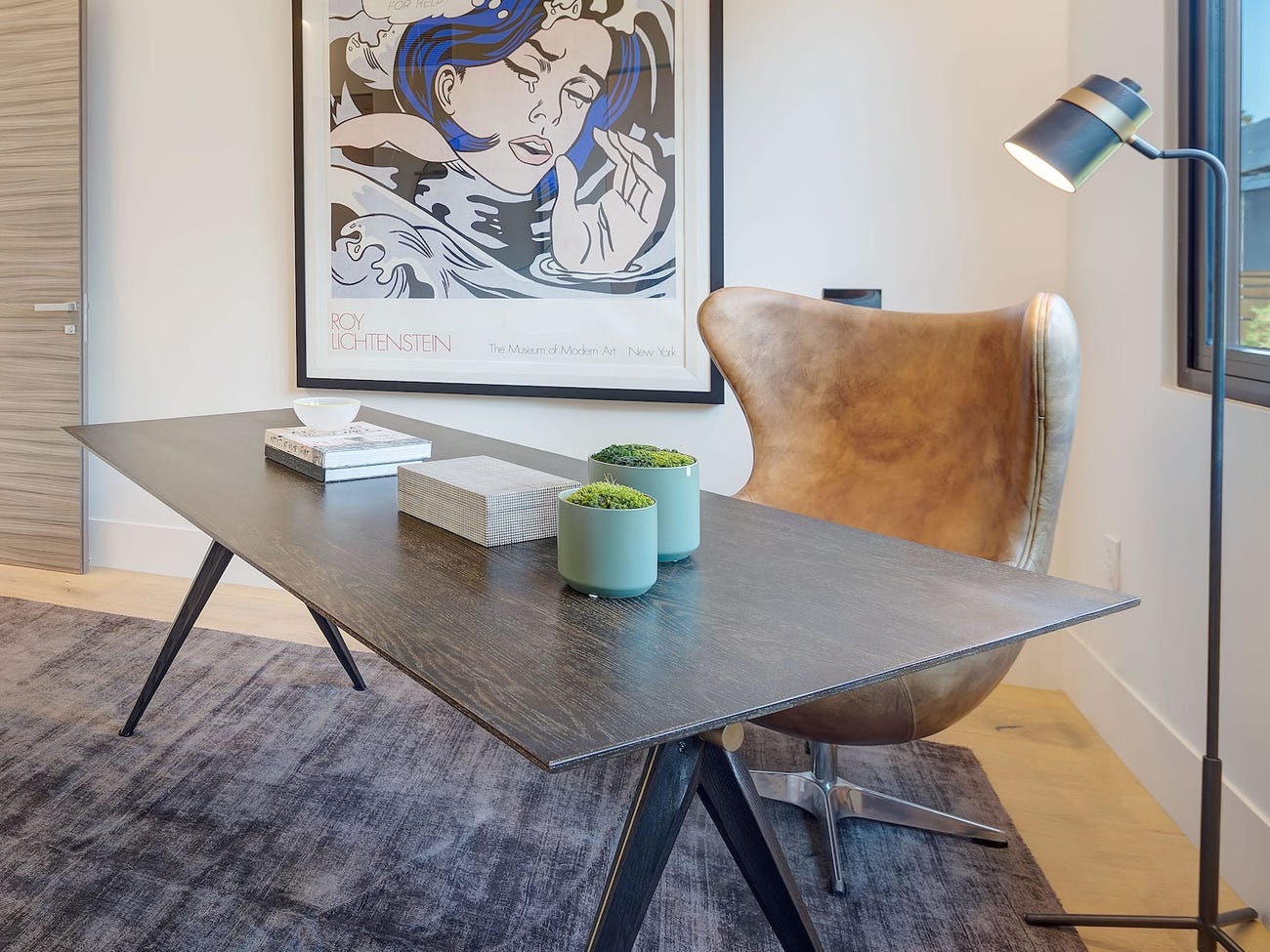 The home doesn’t have any light switches. Instead, its amenities — like the lights and temperature — can be controlled through a phone or by using the touch panels that have been flushed into the house’s walls. 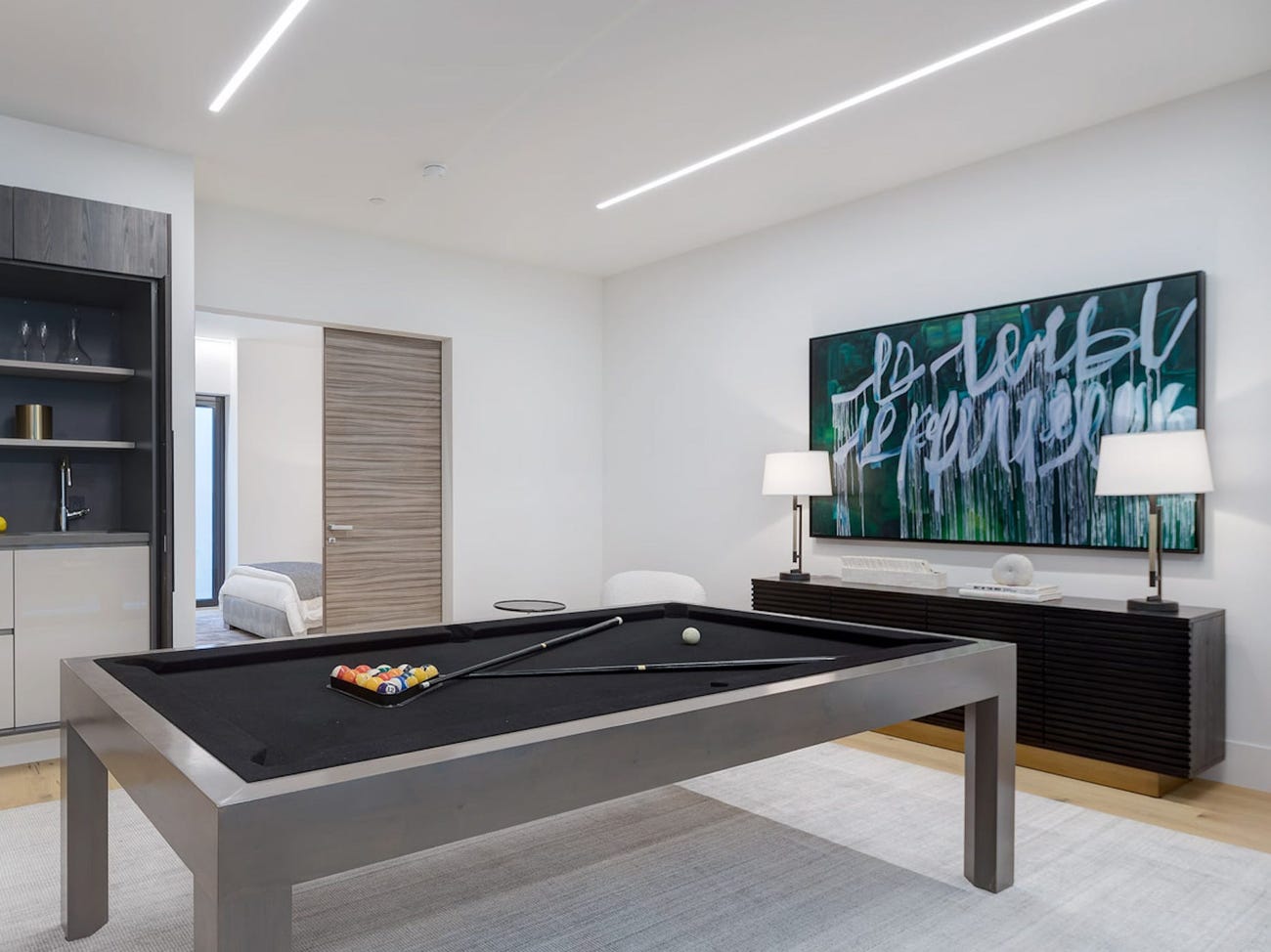 And there may be no backyard pool, but the home has been permitted for one in case its future owners want their own swimming hole: “This is the kind of thinking that is a product thinking,” Akiva said. 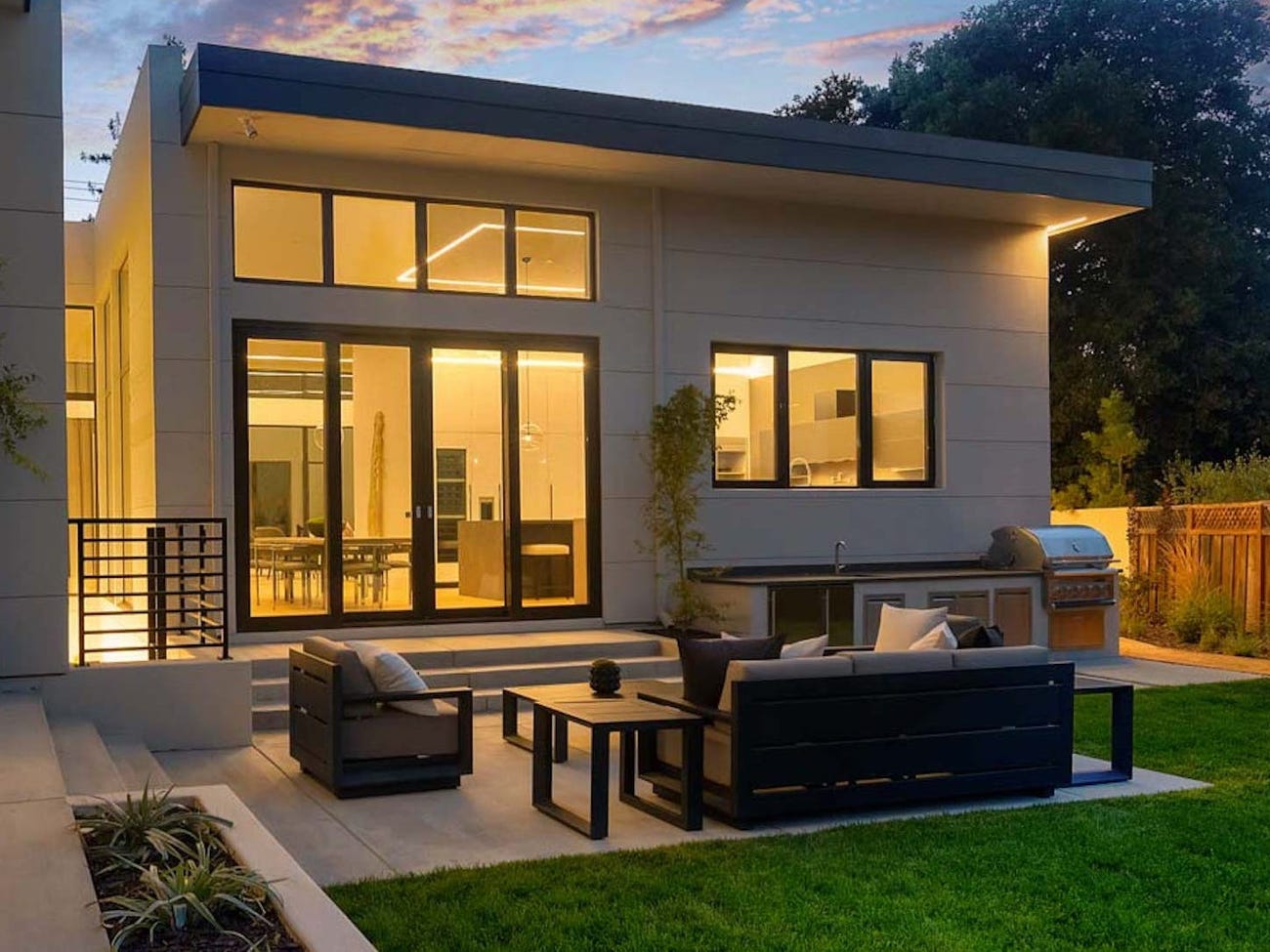 The 21 most promising proptech startups of 2022, according to VCs

We use our own cookies so that we can show you this website and understand how you use them to improve the services we offer.

This website uses cookies to improve your experience while you navigate through the website. Out of these, the cookies that are categorized as necessary are stored on your browser as they are essential for the working of basic functionalities of the website. We also use third-party cookies that help us analyze and understand how you use this website. These cookies will be stored in your browser only with your consent. You also have the option to opt-out of these cookies. But opting out of some of these cookies may affect your browsing experience.
Necessary Always Enabled
Necessary cookies are absolutely essential for the website to function properly. These cookies ensure basic functionalities and security features of the website, anonymously.
Functional
Functional cookies help to perform certain functionalities like sharing the content of the website on social media platforms, collect feedbacks, and other third-party features.
Performance
Performance cookies are used to understand and analyze the key performance indexes of the website which helps in delivering a better user experience for the visitors.
Analytics
Analytical cookies are used to understand how visitors interact with the website. These cookies help provide information on metrics the number of visitors, bounce rate, traffic source, etc.
Advertisement
Advertisement cookies are used to provide visitors with relevant ads and marketing campaigns. These cookies track visitors across websites and collect information to provide customized ads.
Others
Other uncategorized cookies are those that are being analyzed and have not been classified into a category as yet.
SAVE & ACCEPT